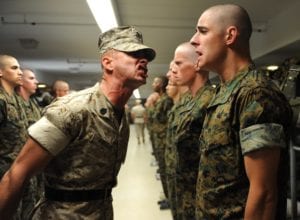 Folks often ask us to help them with “training”..but  what does that mean?. Teaching someone how to do something they didn’t know how to before? Correcting a bad behavior?  Conditioning the mind to do something instinctively, without hesitating or thinking? Helping someone improve an existing skill?  Instinctively, most restaurateurs know “training” is important but they don’t fully understand what it takes to get someone sufficiently “trained” to do their job. They DO know that, when someone is “trained”, they can leave that employee alone and they will get the job done competently and confidently without much prompting or hand holding.  Sales go up, the restaurateur’s life gets easier, customers are happy, employees are happy…a silver bullet if there ever was one.  “We need you to improve our training” they’ll say.  And when we do, the ones who let us take control of their training usually say, “if I had known it would be that easy I’d have done it myself!”

However few have the stomach for the patience needed to effectively take someone from a neophyte to a professional.  They pay only lip service to the adage that “people are our most important resource”.   They blame the employee or say “we need better people”.  The bad news is that we encounter far more restaurants that blame their staff for poor performance than blame their commitment to working side by side with their staff to coach and reward the desired behavior.  The good news for restaurants that want to compete is that the majority of the training programs make great employees ripe for the picking. Post a Craig’s List ad offering extensive or thorough training and you’ll have a line at your door…but deny them their dream and they’ll land on someone else’s doorstep as fast as they showed up on yours.

[pullquote_left]How you handle Day 1 will make or break your training program.[/pullquote_left] To me, training is simple…view new employees as elementary school students on their first day of school. Day 1 is never the day to outline the pressure you’re going to apply to them. Many use Day 1 as a sort of “boot camp” where intimidation is valued as a means to drive new hires to absorb gobs of information.   This is a huge mistake because Day 1 to your new hire is more about fitting in and feeling safe than it is about showing you what they can do.

Give them menus but don’t expect them to memorize it and take a test on Day 2.  Don’t give them a list of names, phone numbers, addresses, shareholder lists, etc. and ask them to memorize it by Day 3.  Instead, they should make as many things on the menu as possible as part of their training…no one has to memorize a recipe when they’ve made it themselves because it’s locked in!  Introduce them to everyone they’re expected to know.  Have them call the restaurant every morning before they come in to ask for directions…they learn directions and the phone number. Day 1 is about overcoming fear.  Fear of a new environment. Fear of using the restroom too many times.  Fear that they won’t fit in. Fear that no one will like them.  Fear that they may not like anyone.  Remember, everything is new and they’re scared. Control their fear by legislating welcoming behavior from your staff.  When a new face arrives, it is everyone’s job to say “hello!” and introduce themselves.  Be sure their training schedule is outlined and posted. I like to have a meeting with my Trainers for a new batch of employees outlining which trainers are handling which days of training.  Then I insist that they introduce themselves, saying “Hello!  I’m Jim…what’s you’r name?  Phillip?  Nice to meet you!  I’m training you on your days 5 and 7 for your wine class and your final follow shift.  I look forward to it!”

Next, make sure you don’t put the new trainee in a situation on Day 1 where they have to prove themselves to anyone.  It is about where to park, when to eat and what to eat, warm introductions, orientation, a good tour, distributing uniforms, reviewing the handbook, filling out paperwork…and all of it should be done by someone dedicated to the task who will not be interrupted.  They should be made to feel like their arrival is important…that you’ve invested resources in training them because you’re glad they’re here and you need them.

The next critical factor is the training schedule.  The schedule should be distributed on Day 1 but should be accurate.   It should show who is training them, when they’re being trained, what they’re learning, what uniform they should wear, what materials they should bring, and what they will be expected to learn.  Days 2 and 3 should happen in stations/departments of the restaurant that takes the trainee out of their element and away from pressure that they’re used to.  I know this sounds counter intuitive so let me explain:  If a new employee is a line cook, their first day should be spent bussing tables.  They should bond with the front of the house.  They will have a BLAST doing something they know they were not hired to do but that is a learning experience.  A few messages are sent.  1) WOW!  they’re paying me to bus tables and I’m not even expected to master it, 2) My training is going to be thorough, 3) They’re investing in me.  That line cook may end up being the best busser you’ve ever had because there is no pressure to excel at it.  Servers?  Start ’em in dish for a few hours then move them to prep.  Their homework is to learn the names of the people they work with along with something interesting about them.  When your line cook moves to “Server follow” and your Server moves to “Prep Kitchen”, you can layer on more expectation…”draw a diagram of the prep cooler” or “list 4 items you made today and how to make them” or “what are the table numbers” or “how should a server stand when addressing a table”.

Pay:  Make sure you pay the trainee a respectable wage.  If they’re a server, try to protect them with a wage equal to what they’d make as a fully trained server.  It’s expensive but you’ll have the employee’s undivided attention.  You’ll also gain a reputation as a company that is serious about a job well done… which leaks into your community and sculpts your position in the market.  If they work for an hourly wage (not tipped) pay them their full negotiated wage, not a training wage.  The money you save with a training wage will set a negative tone in the new employee’s mind that you won’t recover from.

Lastly, since you’ve started the process by being thorough, continue it through the rest of the training.  Give that employee two or three days to touch positions in the restaurant for which they will not be responsible.  Sure, they get an amazing lesson in how to do other people’s jobs, but more important, when they get to the job they’re expected to master, the “fear” is gone. They know where and when to eat, where to pee, who works where, how to clock in… they’re part of the team now and…get this…eager to repay you for protecting them.  They’ll gobble up the training materials for their actual job and want to prove to you that you’ve made a wise investment.

Why don’t more restaurateurs do this? Because it costs money…because their budgets for training are blown…and they’re blown because they operate a revolving door…because they don’t invest in their people on the front end.