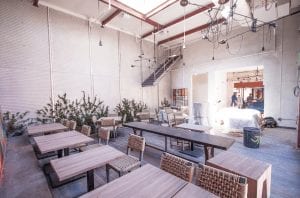 There are two philosophies about growing a restaurant beyond the first unit:

Both have their merits and flaws. By creating something with love and that makes the owner happy, the concept stands a good chance that it will get the attention it needs to be successful. Owners wring their hands over guest complaints, costs are kept in check by a watchful eye, and sales are often driven by the owner’s stature in the community. Those restaurants that succeed this way will validate that the concept works. The downside is that these restaurants are often run by emotion…without any other system than the owner’s ability to see problems and react accordingly. Owners struggle to take vacations and the thing that makes the concept successful is often sheer will and effort rather than through thoughtful planning and structure. What’s worse, the toil and sweat that goes into perfecting that first unit can make the owner thing twice about trying to do it again with the same concept.

The flip side is to develop a concept from scratch with the intent to expand. In this scenario, systems are vital and owner’s often have no interest in working in the business themselves. They are often created as an answer buying an off-the-shelf franchise where franchisees tithe 5% to 9% of sales to the brand owners (say Subway or Chick-Fil-A). The sentiment is, “why can’t I create something scalable myself?” As a champion of systems, efficiency, and structure, these owners can easily detach from unit-one to expand to multiple units and even penetrate multiple markets. It’s not a passion project – it’s a business venture.  The downside is that a self-started franchise takes time to incubate and stabilize. Margins are tight and economies of scale are not yet in place, so it sits heavy in the water as the first unit won’t throw off enough cash to allow the owner to quit their jobs and focus all of their attention on one store. If the goal is to franchise to others, the concept needs to be more than a good idea – it needs to prove itself through expanding to multiple units in one market while successfully breaking into at least one other market. Profitability is the end goal so they are often developed without a soul, devoid of passion or love…and, as such, it may never connect with its first community.

The answer, for independent operators who are passionate about launching a restaurant and who also want to strike it rich, lands somewhere in the middle.

Restaurants are, by nature, emotional businesses. Customers often decide to eat or drink in a particular restaurant because it makes them feel a certain way, beyond the utility of eating to get full. Rating sites like Yelp, TripAdvisor, Zagat and Eater are popular outlets for consumers to gather and share their experiences to an audience hungry for what they have to say. Dentists often reach out to us with plans to plunk their savings down on a restaurant venture but I have yet to come across a restaurant owner who wanted to break away from the restaurant business to open a dental practice. As emotional investments, would-be restaurant millionaires should harbor some passion for their restaurant project. At the same time, to become that millionaire, would-be restaurateurs should plan to launch with systems and structure that allow them to grow.

Do you need assistance with advice on how to grow your restaurant to multiple locations? We’re here to help! Contact us today, and let’s chat.