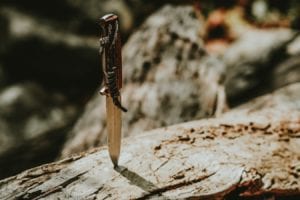 For some reason many in our midst seem to have uncanny insight into the legendary failure rates for restaurants, regardless of whether they have actually worked in or owned a restaurant.  Ask almost anyone on the street what they think about a restaurant as a viable business and the lore comes spilling out:

“Opening a restaurant is like playing roulette”… “Whatever you think they’re going to cost, double it”… “Only 1 out of every 10 restaurants make it past the first year”… “Restaurateurs are notorious drug users”… “Don’t open in that cursed location – everything has failed there”… “Kiss your family goodbye – you’ll be working 80 to 100 hours per week”

Now ask the same people what kind of restaurant they’d want to open and most of them will get misty eyed and start using their hands as they explain their longtime dream of opening a BBQ shack or a swim up tiki bar or a little café that also sells little French things.

Coincidence? I don’t think so.  You don’t really hear about a restaurant operator wanting to open an accounting firm but I get plenty of calls from accountants who want to open a restaurant.  Face it, restaurants are social places that also house goodies that make us feel better and statistics for dining out clearly show that most Americans are willing to pay someone else to make meal time effortless at least three times per week. I believe that the same phenomenon that urges party guests to gather in your kitchen is the same one responsible for driving folks to leave their home in search of a good dinner out. And for single folks (or not) the watering hole is also the quintessential pickup joint (next in line is the grocery store). Primal? I dunno… probably… but there is definitely something about restaurants or opening a restaurant that gets people excited perhaps even in spite of the perceived risks (as exaggerated as they may be).

The truth is that a restaurant can be tough to operate if you’re not managing it with intent; it  can be volatile if you’re not forecasting performance and crafting your operating model to match demand; and it can be incredibly gratifying even to the point of making you a local celebrity… but, according to Dun and Bradstreet, apparel, furniture, and camera and electronic stores are all more likely to fail than restaurants [Roger Fields, CPA – Restaurant Success By The Numbers].  Operating a restaurant requires both business and cruise director acumen.   Focus only on the numbers and you end up playing the discount game, offering value too good to pass up as a means to drive folks through the doors (Golden Corral anyone?).  Focus only on the party and you’ll have no profit to show for your hard work but you’ll have plenty of ex-fans that say, “I loved that place! Why did they close?”  Running a restaurant is an exciting blend of the two foci and those that know what to pay attention to will realize their instincts were right to leave the accounting firm.

Check out our Top 10 Restaurant Killers!