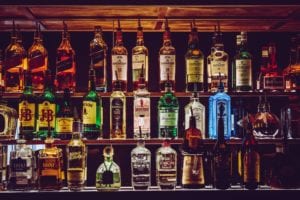 Hand crafted mixed drinks have been the driving force behind the evolution of most metropolitan area bars for the last six or seven years with no sign of letting up. The movement comes from the resurrection of pre-prohibition mixology using real juices, house made mixers, big ice, and layered flavors. Instead of going away as a fad, they are becoming part of the bar landscape…a resurrection of an art form.   A well-crafted cocktail is no longer a luxury but an expectation. Hand crafted, century-plus old classics like the Moscow Mule, Pimms Cup, Caipirinha, and the Pisco Sour have dethroned yesterday’s Mojito, Cucumber Martini, Cosmopolitan, and Prickly Pear Margarita. This movement isn’t about being nostalgic as much as it’s about remembering and celebrating a quality cocktail that is prepared with authentic ingredients right in front of you by someone who is qualified to do so. The slow food movement has hit the bar.

This isn’t new, but if you happen to own a bar and are a late adopter, you needn’t worry about having missed the boat. It’s safe to introduce some nostalgia to your bar – or your drinking regimen. If you’re in a rural area or a third tier city, you may be the first to host a party or open a bar featuring pre-prohibition style drinks.

Absinthe is a ‘spirit’ and not a liqueur, because sugar isn’t a player in the fermenting process – and, you may hear that the ingredient ‘wormwood’ is a hallucinogen. Not proven – but the mystique alone can spark enough interest to encourage a try.

If you want to add some real theater, try making a “Green Fairy”…this is a true throw back using a cube of sugar suspended over the glass of absinthe using an “absinthe spoon”…drip ice cold water over the cube to dissolve the sugar into the absinthe, making the drink cloudy while slightly diluting the strong anise flavor.

Caipirnha (pronounced kie-purr-REEN-yah) is the national cocktail of Brazil, made with a sweetish rum-style spirit called Cachaca (pronounced kah-SHAH-sah – like rum but made with sugar cane instead of molasses). It is often seen at Carnavale. The word Caipirnha, roughly translated from Portuguese, means “country bumpkin” or “hillbilly” but is used mostly to describe the drink.