A couple of decades ago, to open a healthy-option restaurant was suicide. Menus were often free of fat and full of lettuces, grains and juices. They came off as hippy food… Moosewood in Ithaca, NY or Greens and Knead Your Bread in San Francisco.  Sugar and bread were still “ok” if not staples on those menus, and low carb was something crazy old Dr. Robert Atkins hoodwinked celebrities with in the 70s. His diet was the epitome of the “fad diet” – a quick fix that’s too good to be true.

If ever there was a restaurant-trend-seismograph, I can claim that it is built into what we do. We help companies and individuals seize trends, balance them for durability and longevity, then bring them to life. Trends come in as a queries…and over the past six or seven years, those queries have been skewing more and more toward healthy dining concepts.

Just prior to the food truck and cupcake crazes, we were fielding calls to create food trucks and cupcake places…and we helped a lot of people scratch that itch to create something. Paleo? Saw it coming. Cold pressed juice? Saw it… created several concepts. Farm to table? Launched a few of those in the mid 2000s.

So, what’s the next hot thing? How about healthy dining? Actually, we’re seeing healthy dining as a base line expectation for restaurant menus not a matter of fashion or the latest craze. Books like Omnivore’s Dilemma, Forks over Knives, and The Case Against Sugar are exposing economic incentives for maintaining the food pyramid status quo while exposing that what’s bad for the environment is also bad for us. We are getting our collective food and health education from the free market instead of asking the government to tell us the answers. Lobbyists and special interest groups are being lined up in front of us and painted with a scarlet letter so we can see just how large of a role money plays in the shaping of our national nutrition guidelines.

Despite differences in, say, Atkins or South Beach or Paleo or Ketogenic or The Zone or Mediterranean Diet, there are several common threads running through these diets that are shaping menus across the country. Beef ain’t so great for you; fat isn’t the enemy; stay away from corn (and as legendary surfer Laird Hamilton calls it “white death”…which is Spicoli for sugar, white flour, potatoes, white rice, bread…anything starchy, processed or sweet); eat green, leafy vegetables; don’t drink your calories – drink water; back off of the dairy; caffeine isn’t evil but corn syrup is; and for gosh sakes add some strength training to your workout regimen. Today the term “ketosis”, for instance, is now well known and it’s not about whether it is good or not to go into ketosis, so much as how much and when to go into ketosis.

The bar has been raised and the food lobby groups, fast food chains, soda manufacturers and even the US Food Guide Pyramid are all under real free-market pressure. Unless you’ve been under a rock for the past six or seven years, the bad part about a value meal is not the fat…it’s the bun, the fries and the soft drink. Potato chips are giving up market share to pork rinds or “cracklins” …because the fried fat is considered acceptable in so many of today’s diets. You’ll be hard pressed to find a “gourmet” burger joint today that doesn’t offer to swap your bun for a leaf of lettuce or a sandwich restaurant that offers alternatives to fries. Go to KFC and see how empty they are. Because of the chicken? No. I suspect it’s the just-add-hot-water-and-stir mashed potatoes and the other starchy, nothing-resembling-a-vegetable sides.

Concepts like Hu Kitchen that leapt out front in the Juice movement of the early 2000s added salads and eventually punted the juices in favor of higher fat nut butters, chocolate and other products that eschew yesterday’s wisdom that health came from cold pressing vegetables and fruits. Companies that wouldn’t give up their myopic focus on juice, like JugoFresh, are now defunct while companies that offer protein and healthy fats with their greens like UPBeet, Poke Bar, Fresh to Order and Zoe’s Kitchen are racing to box out newcomers.

Just because the public votes for a concept’s take on healthy eating by spending their dollars there does not make something healthy. Sometimes people just want to be satisfied and full. McDonald’s isn’t going out of business anytime soon and Freddy’s Frozen Custard & Steakburgers is growing like wildfire. But the interesting thing is that, for the first time in my memory, strip malls, food halls, airports and freestanding outparcels are featuring Cava, Zoe’s Kitchen, Fresh 2 Order, and Kale Me Crazy as quickly as they’re bringing in older quick serve concepts like Firehouse Subs, Burger King, and Cinnabon. Quality is king today, and quality can trump a perception of healthy if the ingredients are clearly identifiable as “real”. Look at Chipotle. You can look through that little sneeze guard and identify every ingredient as something you could buy and cook from a grocery store. Mexican restaurants are charring and blending up real tomatoes in their salsas instead of opening a can…using real cheese instead of trans-fat-laced Cheez Whiz or Velveeta.

All in all, the minimum standard for restaurant menus has been raised because the definition of “healthy” has been permanently changed…and will only 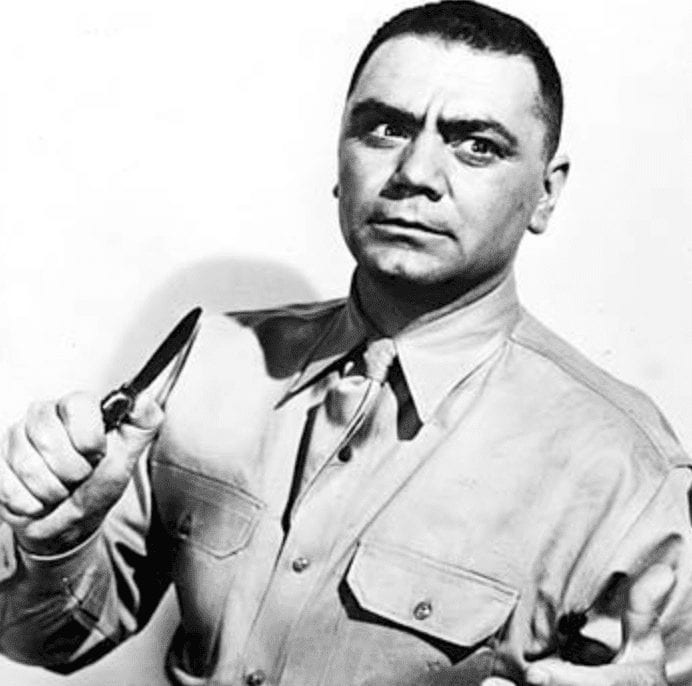 evolve from here. Savvy consumers don’t trust the government to tell them the truth anymore and the lobbyists’ dirty influence over what our leaders say is healthy has been exposed. Drinking alcohol and indulging aren’t going away so much as they are being done in moderation with a higher expectation for quality (tell me the last time you had a margarita that was made with margarita mix instead of fresh squeezed limes and I’ll tell you you have no standard and still eat at On The Border). We have a long way to go before we all, once again, look like 1950’s movie stars (just LOOK at Fred Astaire or Gene Kelly… hell, for that matter, look at Ernest Borgnine who, by today’s standards, was comparatively thin but back then was considered “chunky”). But at least the momentum is finally picking up speed in favor of understanding why they were so “fit” back then and what we can do to turn back to those eating habits…and away from the habits that came about from the 1960s forward.

Healthy dining is not a fad or a trend so much as it’s a movement. The more we learn, the more our poor choices are exposed, and there is no excuse today for choosing poorly considering the number of new restaurants offering substantial selections that fit the new diet direction – a direction that seems to be successfully bypassing government-issued guidelines. Older chains failed to earn trust as they fumbled and failed to light the way…so the restaurant world is open but solidifying fast around new players that don’t have to retro-fit. While McDonald’s was perfecting their time-and-motion by deploying sophisticated automatic drink filling machines, someone else was focusing on selling food that doesn’t kill you…and they are arriving on the market each and every day.

Do you need assistance with advice on creating healthy options for your restaurant menu? We’re here to help! Contact us today, and let’s chat.