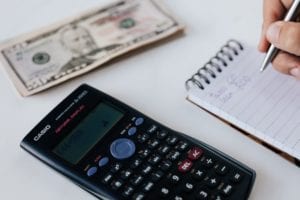 Almost everyone we talk to that wants to open a restaurant comes to us with a shoestring budget.  We do an awful lot of concept planning for folks who want to take the plunge into owning their own restaurants and the overwhelming majority have little understanding of the planning required to tip a restaurant toward success. Since this is one of the ways we make our living, you can expect us to say that this is a GREAT idea! Unfortunately, there is a long-circulating myth that “90% of all restaurants fail within the first year”.  This doesn’t give our business much hope for attracting anyone beyond well-funded, savvy investors except passionate foodies and gamblers who are not afraid of risk. With odds like this, why would anyone open a restaurant?  Because this myth is simply not true.

Opening a restaurant is safer than opening a clothing store

According to Chris Muller of Boston University’s School of Hospitality Administration, only 33% of all restaurants in the US fail in the first year.  Dun and Bradstreet found that only 1.06% of all “eating and drinking” establishments closed or went bankrupt within the first year since 1920.  The same study found that apparel, furniture, and camera/electronic stores all are more likely to fail than restaurants1.  So why do restaurants get such a bad rap?  Because when they fail, they drag people’s lives down in a visible, public way that is sad and hard to watch… like watching a casino gambler lose money.  Failures are on display as the “discount” banners start coming out and food quality and service slowly erode. Owners are often physically visible in their restaurants and they smell like failure as they neurotically throw one initiative after the next at a problem they often can’t see except for their inability to make more than they spend.  Unfortunately consumer behavior, when it comes to their food, steers them clear of danger by telling them “something is wrong… don’t go back”.  Remember the Jack in the Box E. coli 0157:H7 bacterium scare of 1993 that killed four children?    It’s amazing that Jack in the Box was able to recover.  Who can precisely explain that “cursed” location in your hometown that has been one failed concept after the next other than to blame some of it on instinctive consumer wariness… like elephants avoiding an elephant graveyard.

When aspiring restaurateurs don’t have experience other than, say, working as a cook or a busser/server when they were in college, then they should hire the experience and heed the advice.  Unlike professions such as Law or Medicine, you don’t need a license to open a restaurant and feed the public.  If you can scratch together enough revenue and good credit to sign a lease, buy some equipment, and stock the fridge, you too can be open for business in a couple of months – especially if you’re taking over a failed existing restaurant.  Many new restaurateurs press forward with opening their restaurant through reasoning that their discerning palates and passion for eating out will be enough to make it work, ignoring the fact that they may not have any basic practical, applicable business knowledge.

Operating a shoe store, for instance, does not qualify one to own and operate a successful restaurant because the shoe store operator does not make the shoes in-house… they only retail the shoes bought from a supplier.  Similarly, the Plant Manager at Köhler only knows production and assembly of finished plumbing products from raw or semi-raw materials, not how to operate a retail store that sells them.  This is why restaurants are frisky – they marry production of finished goods from raw materials with retailing those finished products to the public.  Compound this with the fact that your end product is often consumed before the customer pays for it; your raw materials have a shelf life and much of it requires equipment to hold it at a temperature other than ambient; your employees graze on your raw and finished products and expect to be allowed to do so (would it strike you odd if the Starbuck’s employee wanted a cup of coffee while they worked?… but it would strike you odd if the Sherwin Williams employee expected to take home a pint of paint every night) and you’re got yourself a complex business model.

You can go cheap…and go home.

Instead, our strategy is to plan.  Planning on the front end saves you headache on the back end.  Where you don’t have expertise, hire it… which means paying for it.  If you don’t have the experience OR the money, then you’re rolling the dice.  Opening a restaurant is not a construction project or a “furniture and equipment” shopping expedition.  Opening a successful restaurant is about product development, product manufacturing (including capacity, through-put, and value proposition), retail sales, marketing, niche positioning, market analysis, customer analysis, and understanding trends.  Ignoring these factors and going with instinct can be very lucrative when you gamble and win… however, when we see failures within the first year we’re almost always looking at a gambler who lost because they failed to plan.