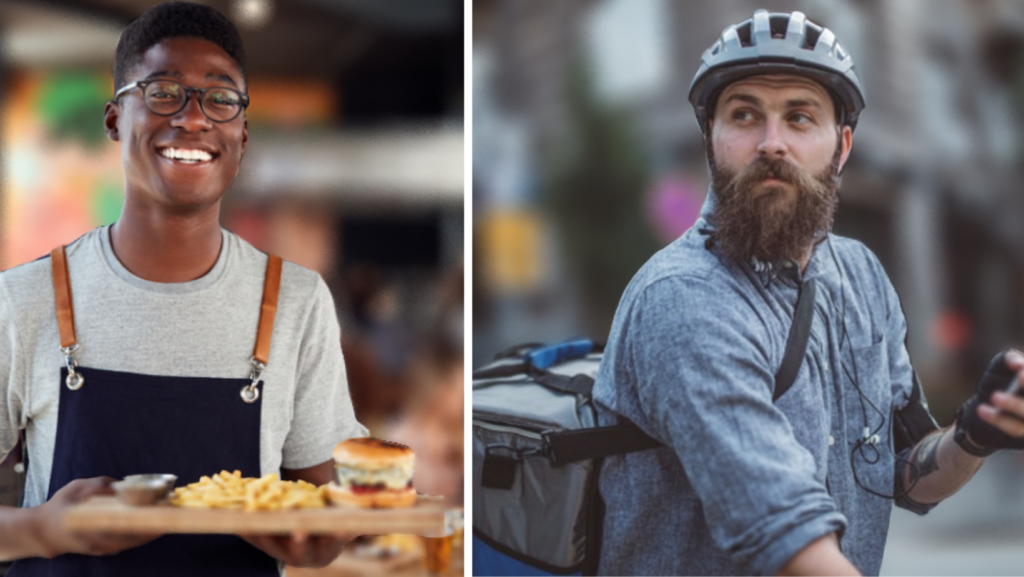 Every day, local and national news agencies report on the state of the labor market. Governments anchor their discussion on unemployment rate, citing moving average trends or comparing today to a year ago. Business owners lament generational work ethic variances. Progressives blame a lack of career advancement opportunities while Conservatives blame liberal child rearing strategies gone amuck. A common theme in the restaurant industry is the “revolving” door and young employees’ unwillingness to commit to the schedules that pin them down and get in the way of their pursuit of something better. Many “older” employees (say 38+) have a little PTSD from the two big recessions that occurred during their working lives – the dot.com bubble bust of 2000-2001 and the mortgage crisis of 2007-2008 – and we see them in positions normally occupied by younger workers. They understand “one in the hand vs. two in the bush” and value the sure bet. Thanks to you, I’m able to enjoy McRib season unobstructed.

However, this faction holding out for something better is not wrong. Since they’re not taking the job in the first place, it’s a more mature response to the “not marrying one’s job” sentiment behind most of the job jumping since Gen X saw their parents get schwacked while pensions became something only government jobs offered. The lesson learned and reinforced to this very day?… companies will seek to control your time, then use you and spit you out when they’re done with you, so stay in control of your time! This makes today’s smarter and more advanced young adults more transactional than cynical.

It seems like no one is listening to what they’re saying, however. They’re not saying they won’t work. They’re saying they want options for growth, and they aren’t necessarily optimistic that their next great opportunity will come through hard work and perseverance in their current job. Employers want to “own” these workers. More accurately, they want to own their time. Employees and employers are playing an unnecessary game of tug-of-war with the employees’ time.

So here is the solution: bring back your dead! My daughter recently left a job waiting tables to return to school to pursue her masters. She is well trained, loves the folks she works with, and is good at her job. She is flat out valuable to the restaurant. She has another full-time job that relates to her master’s program, so she must keep it. She knows her restaurant job won’t accept a scenario where the restaurant cannot control her schedule, so no matter how good she was, they insisted they must be allowed to plan her schedule… to control her time. To them it’s a bridge too far to leave holes in a schedule until the last minute. But what if it were like hailing an Uber? What if the volume of solid, trained, ex-employees who were forced to move on because they wanted more control over their time were suddenly available for gig work? What if open shifts were posted on Hot Schedules or 7 Shifts or whatever cloud-based time-and-attendance system they use…and trained-but-not scheduled employees were able to pick up shifts that suit their needs? Given the transient nature of restaurant work, the pool of quality ex-employees is, by rule, larger than the pool of currently scheduled employees. Demand for Friday and Saturday night shifts (the money shifts) would get gobbled up by the current employees leaving the less valuable shifts (Tuesday lunch, for instance) up for grabs.

The clarity of this format is hard to ignore. If restaurants can get past demanding that they own the schedules of say 50 to 75 employees and instead trust the pool of 300 to 400 trained gig team members, the problem will have been addressed: shifts get covered and the gig worker remains in control of their time. Instead of resenting being held in a dead-end job, gig workers work when they want to and will regard the restaurant as a great weapon in their fight to get ahead. Add to that the improvement in service and execution from folks who want to be there and the winning extends to the customer. Certainly, periodic re-testing, leveling up, and re-training will be important, but those things are binary and therefore can be managed electronically. An additional layer of flexibility comes from a gig worker’s willingness to maintain good standing at several restaurants. I think of those ride-share drivers that have two phones mounted to their dashboards – one for Lyft and one for Uber…and they respond to the hail that works for them. Trained (but ex) cooks and servers can pick up shifts at any number of restaurants where they’re certified to work.

All I know is that my daughter would love to pick up a shift every now and again at the restaurant she just left as she gets more adept at managing her new school schedule. It’s sad that she had to quit her serving job versus remaining in their system as a gig server…and what a waste it is that the restaurant – which continues to struggle with staffing – must forgo this resource in favor of control. The old model of showing care for employees by posting completed schedules no later than Wednesday for the following week is now backfiring. In their effort to protect themselves, they’re only hurting themselves. The urge to want more control over one’s time is natural and will likely continue to get stronger as it has for the past 40 years. No new technology needs to be invented, and every restaurant can start doing this today. Posting open shifts (electronically) and trusting that they’ll be filled as the shifts approach will be easier on everyone than the war over time both sides experience today. Priority for money shifts can be given to full time employees by withholding access by gig workers for a couple of days. After that, everything is fair game. And think of how easy it will be on the managers that burn ridiculous amounts of time trying to solve the scheduling puzzle week in and week out.  Just sayin’.